Let us don our warrior garb and do battle, this one last time… 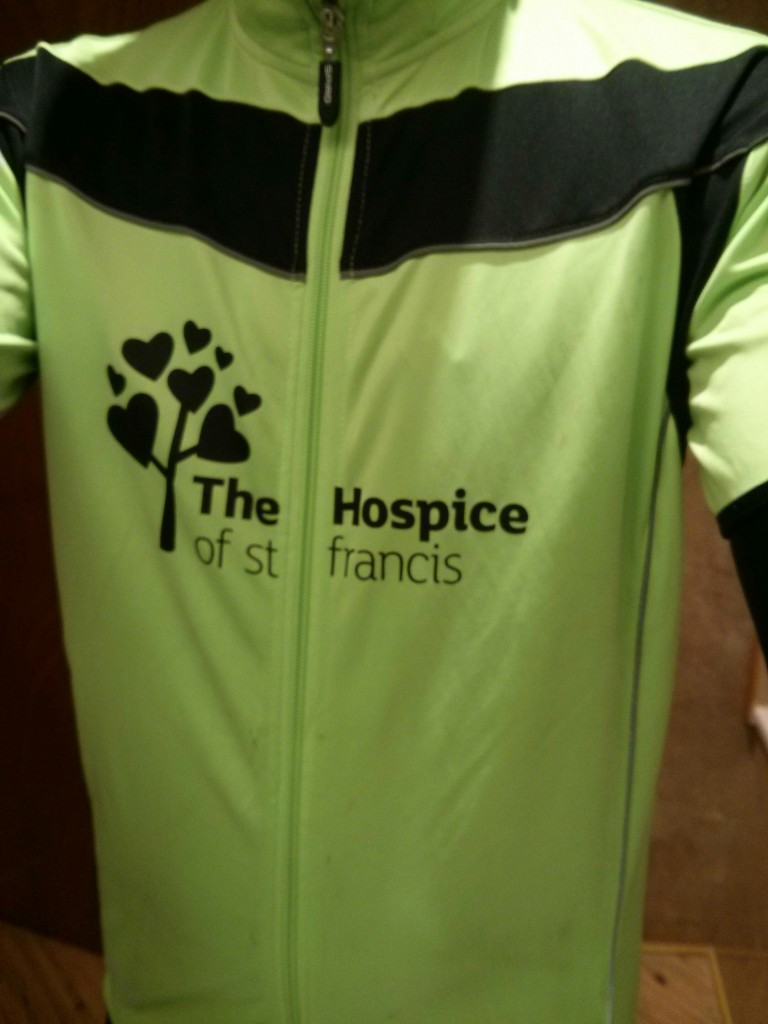 Stats, pah. What really matters is this is the end.

About eighteen months ago, myself, Robin and Russell starting planning this journey.
As some of you know I told my mum that I would do this for the hospice, so for me it was inevitable, but for the guys to commit (how relevant!) to something as big as this was no light decision and I truly thank them for doing so.
I’m afraid I can’t avoid the clichés, it really has been a journey, mentally, physically, and certainly for me, emotionally.
I’m not naive enough to think that at least some of this was about me, about seemingly taking control of something that in reality I had no control over. About drawing a line under something. If I’m honest I’ve felt that emotion building for the last few weeks and obviously more so over the last few days, as we pushed towards our goal.

The group have been fantastic. I could not have wished to meet a better bunch, we have supported each other, made each other laugh, and taken interest in all our individual reasons for doing this. There are some amazing characters and some superb cyclists. Aside from all that though, they are all bloody good human beings, raising money for some amazing causes.

There have been some big laughs along the way. Some of my favourite random quotes, with no names mentioned:

“We’re so ****ing fit now it doesn’t matter!”
“He snores so hard, I swear his mouth is trying to turn his head inside out”
“You just Terminated The Borg… “
” -blank- won’t be happy, I’ve rubbed my dinky off”
“I now associate beautiful scenery with a sore arse… “
“It was all fine, and then your back wheel caught fire and you were gone”

It was never going to let us go lightly, sure we have been lucky to have such amazing weather over the last 11 days, but we’ve had hints of what was to come. Yesterday’s last 15 miles were a real effort, and I think that’s where the anger started to build…
I expected no less from today, the forecast was similar and we were heading in the same direction. I went to sleep listening to something that fires me up and prepared for a fight. I wanted one if I’m honest.

We left at just before 8am, and as soon as we turned the first corner the headwind was apparent. We cycled about 13 miles or so to Dunnet Head, the most northerly point, without too much hassle, but as soon as we left for the final leg, the battle started.
I laughed in its face like a madman, I shouted if it was all it had to try and stop me, so it threw hail at me as well. It knew it was beat and didn’t like it.
Somehow it was right that it was a struggle, it’s supposed to be, and fighting for literally every last mile was a fitting end.

We regrouped at a hotel about 1/4 mile from the finish and had a quick coffee. I must apologise to the guys for going a bit quiet but I was sorting a few things mentally.
I’ve had my mums ring around my neck for the last couple of weeks, as I’ve lost so much weight with all the training that I was scared of losing it, but for this last stretch I put it on again.
And so, together as we started, we rolled to the finish, amid a few champagne corks and cheers.

It’s been emotional. I’m man enough to admit that reaching that bloody sign post brought it all to a head.
This has been for the Hospice, for all the care they gave mum and that they continue to give others.
It’s been for all of you, that supported us with sponsorship and good luck messages, and believed we could do it. We’ve raised more than we ever hoped and I thank you all so much.
It’s been for our families. Our awesome wives Lucy, Anneke and Diane, who have held fort and given up so much family time to allow us to train.
It’s been for me, to settle a score and to draw a line under something which part of me didn’t want to draw a line under.
But most of all, in my case, it’s been for mum. 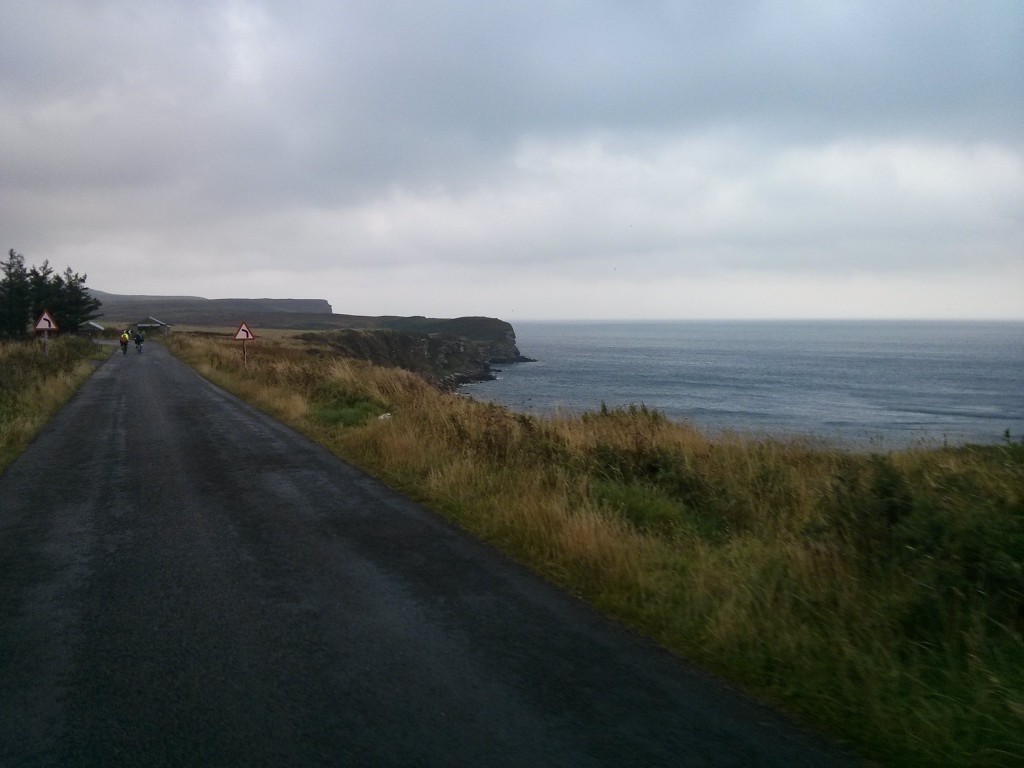 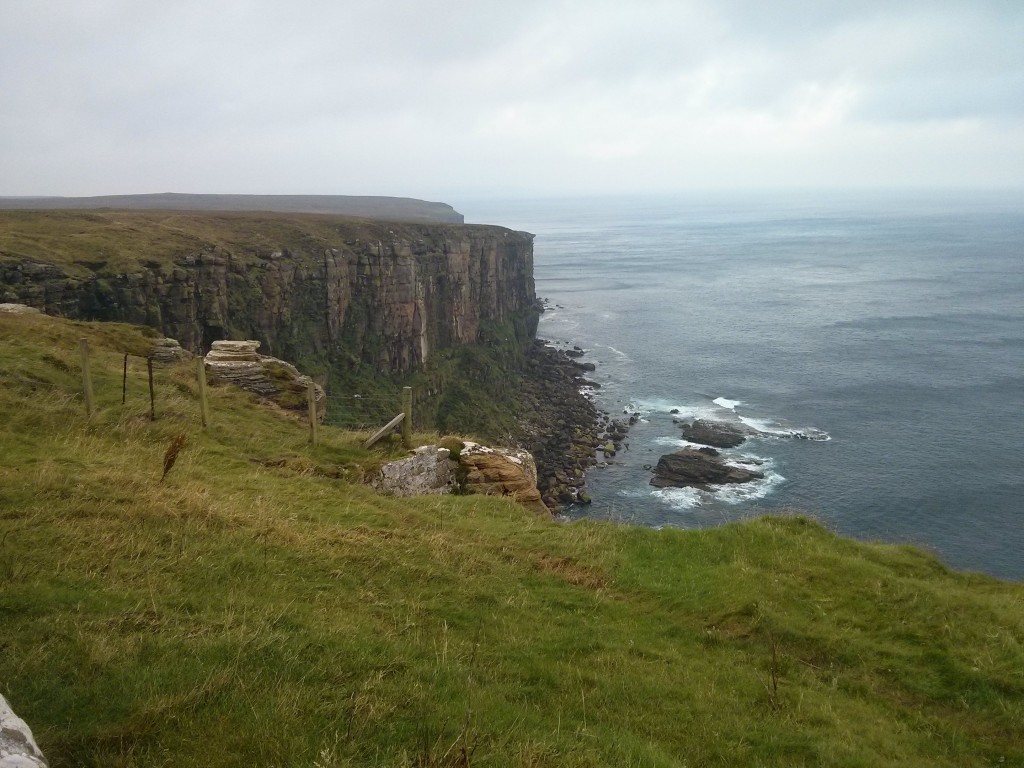 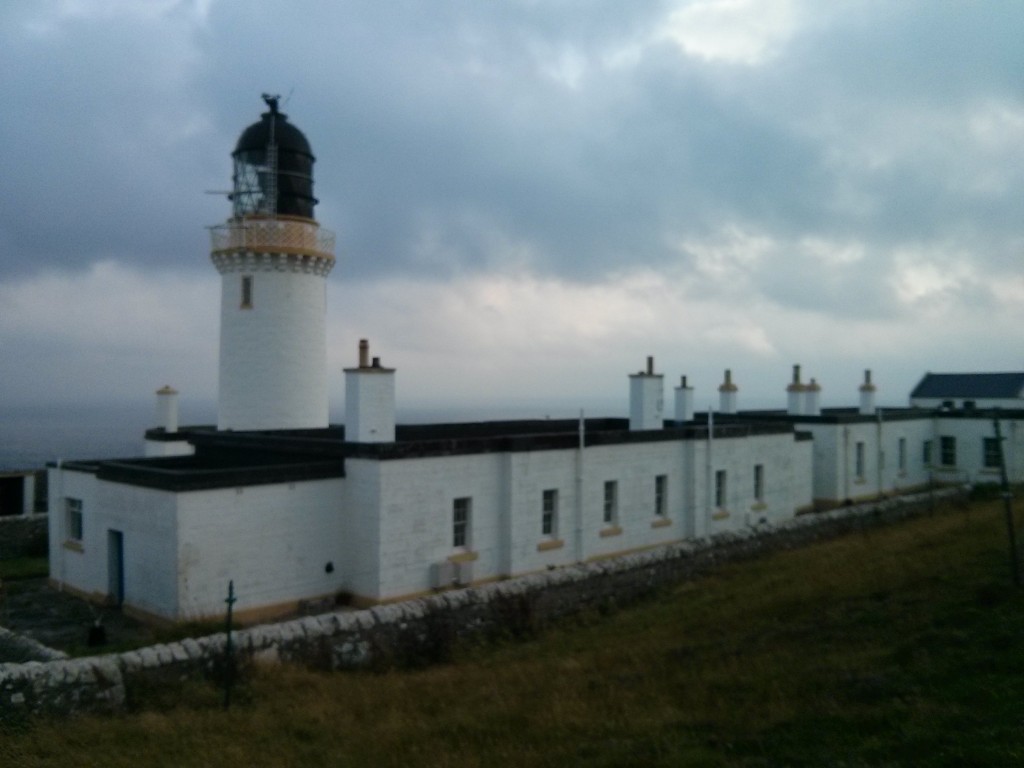 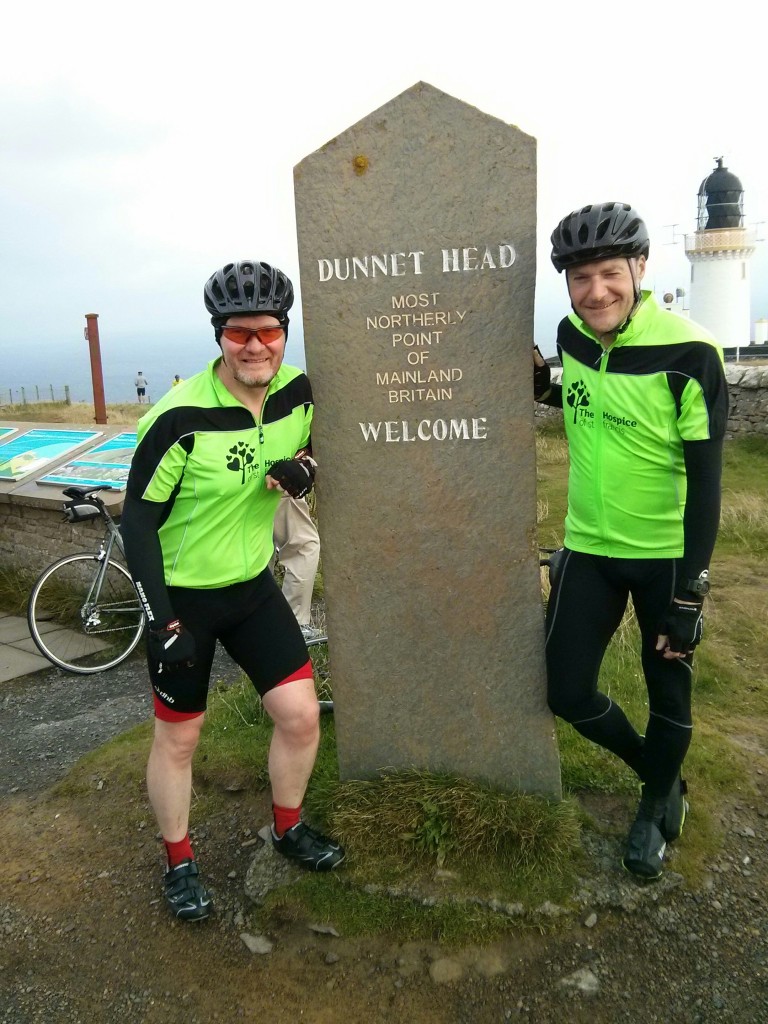 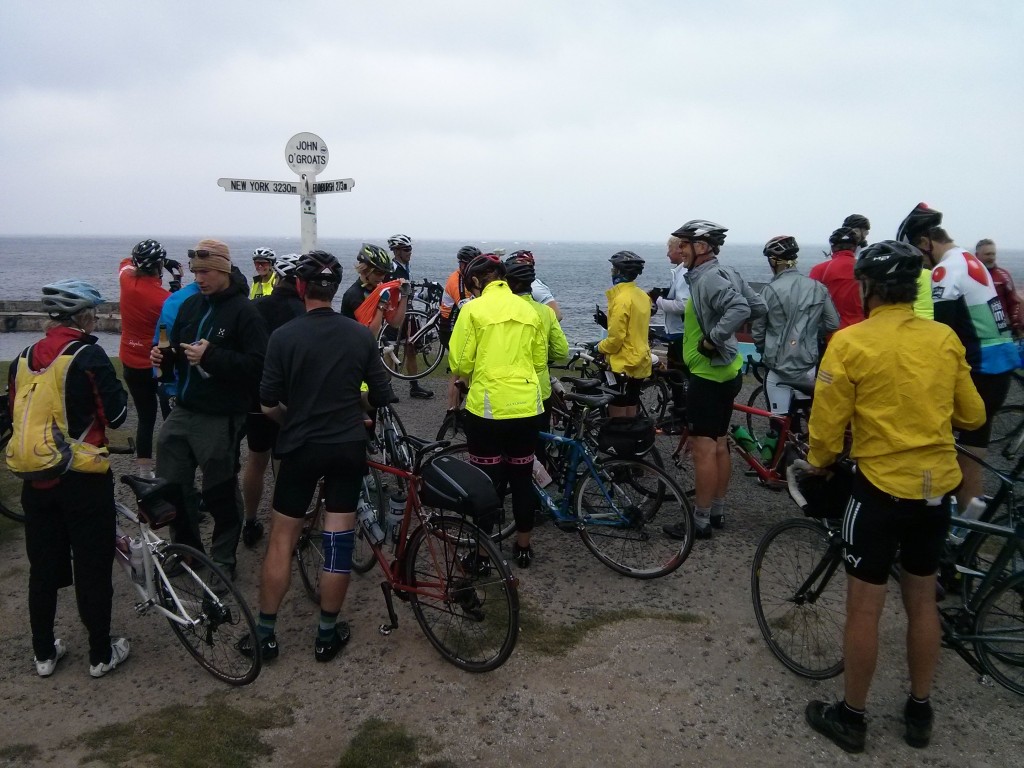 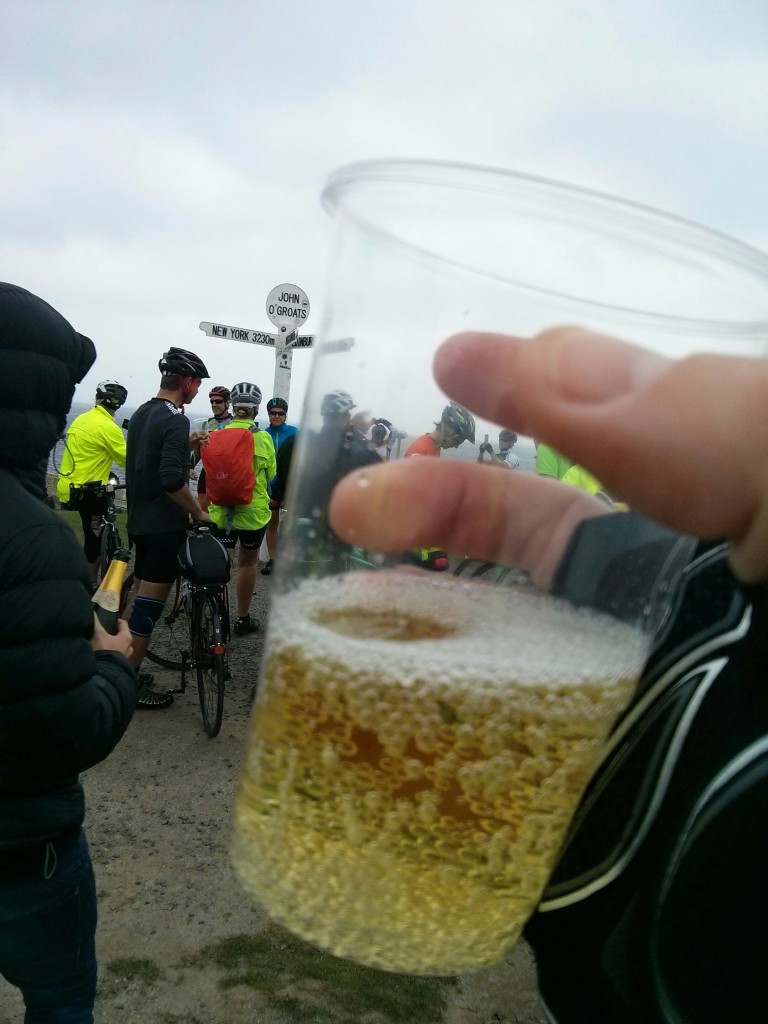 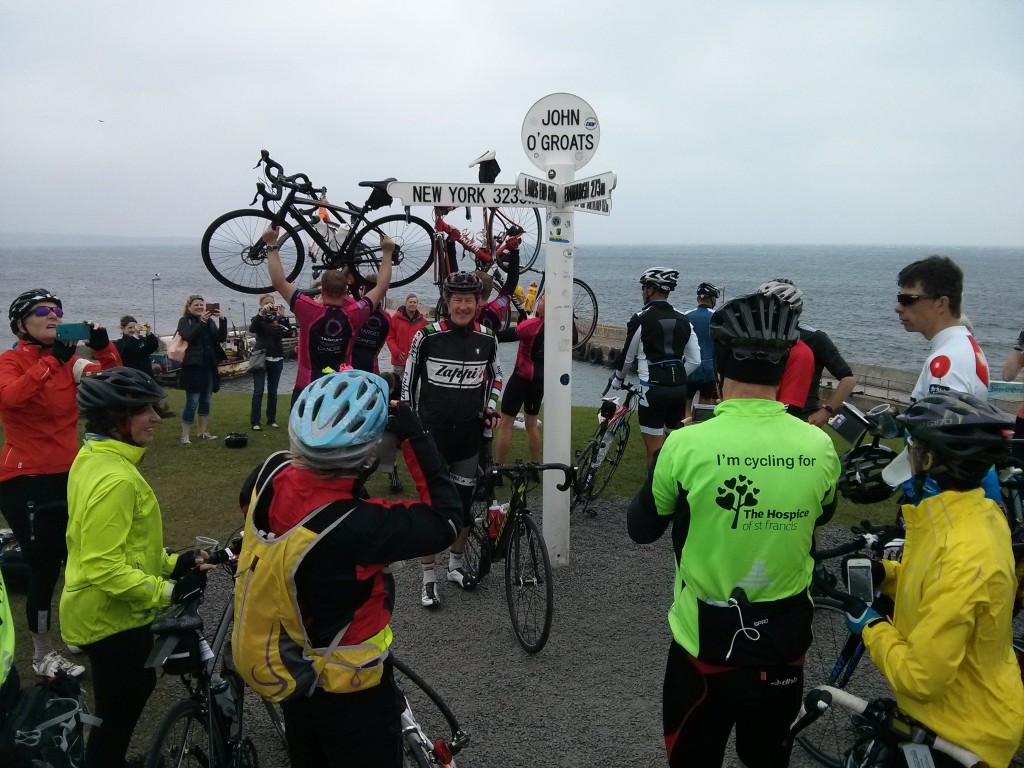 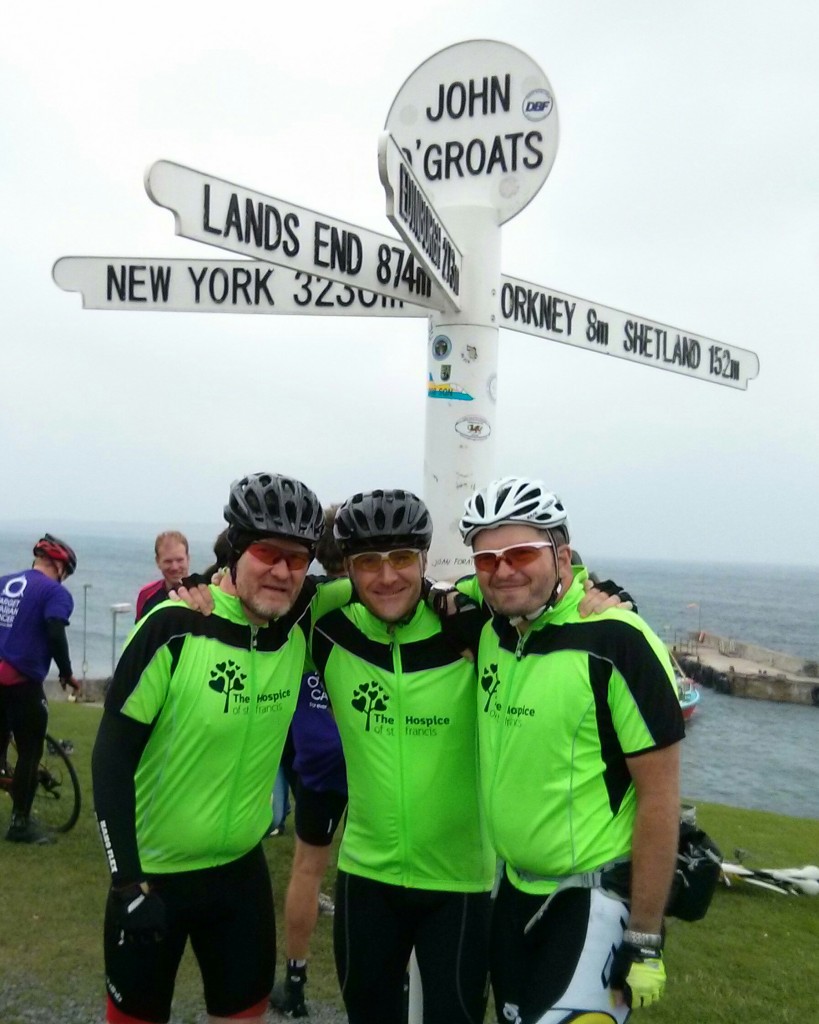 Me and my squad of ultimate badasses. 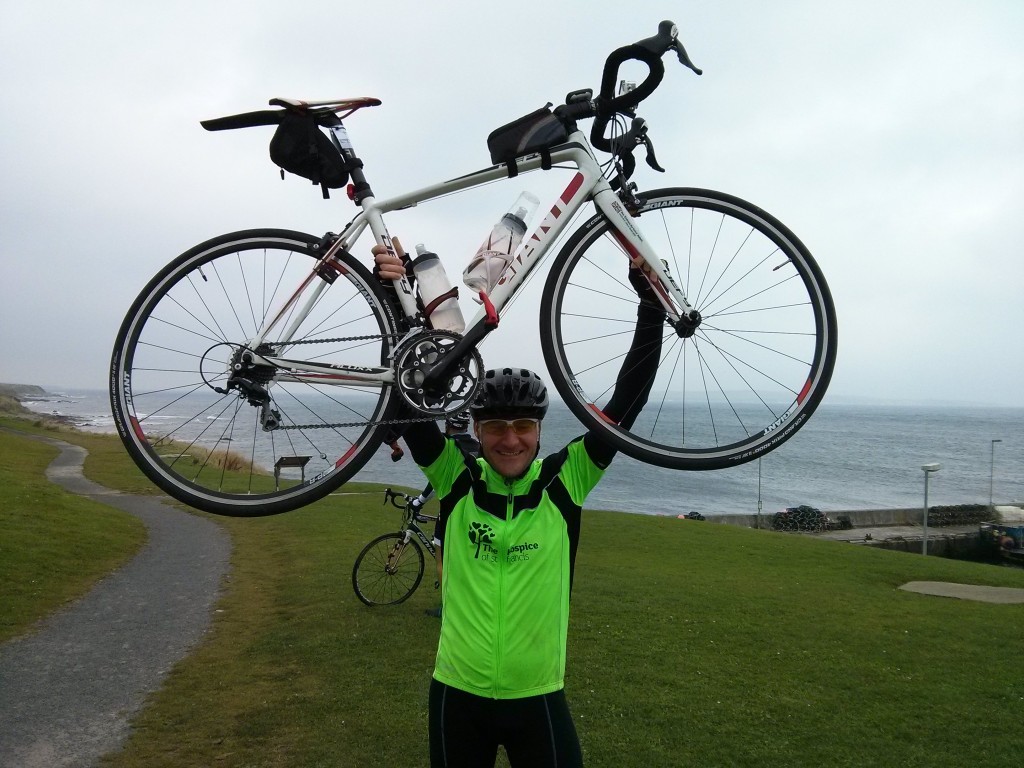 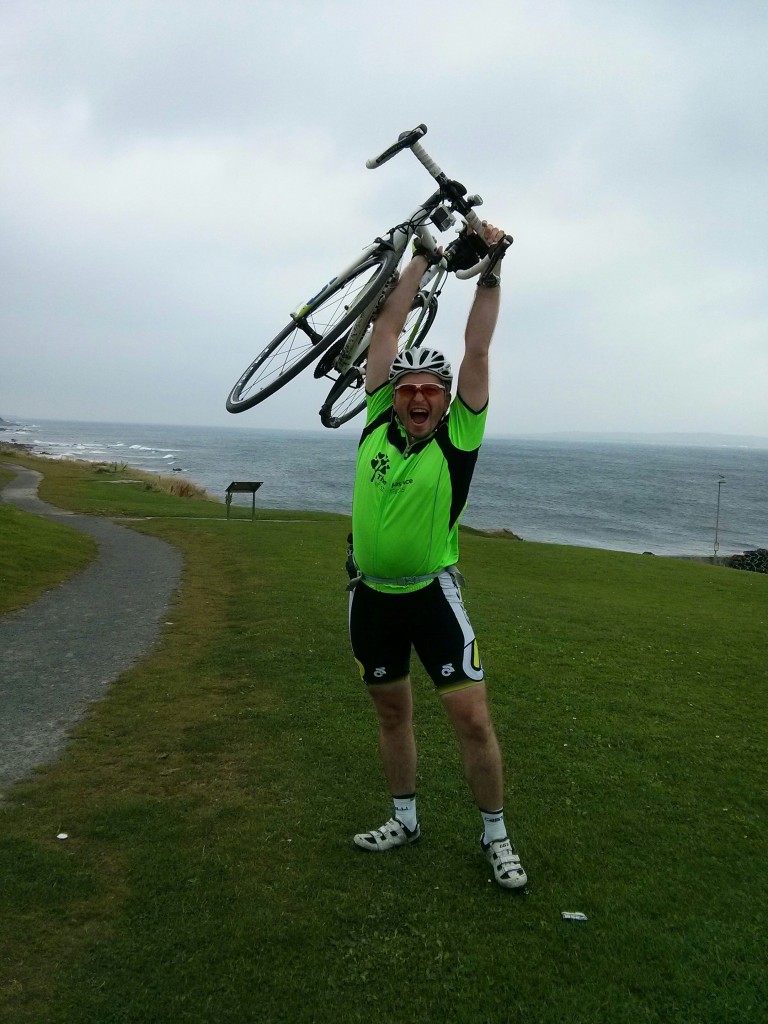 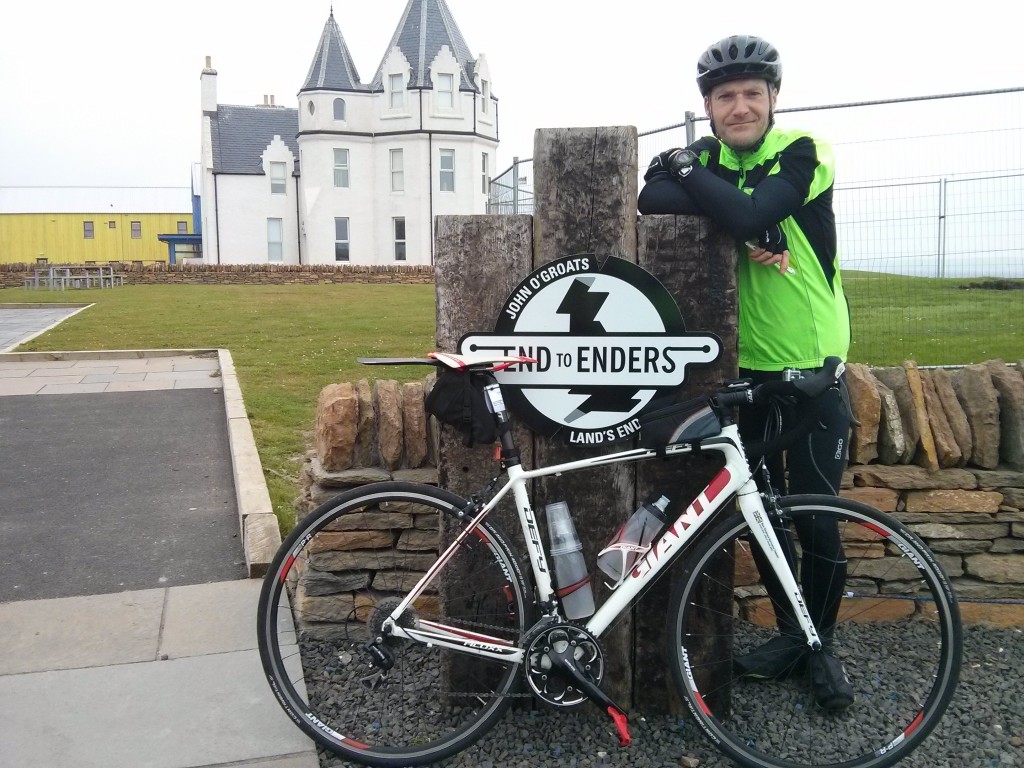 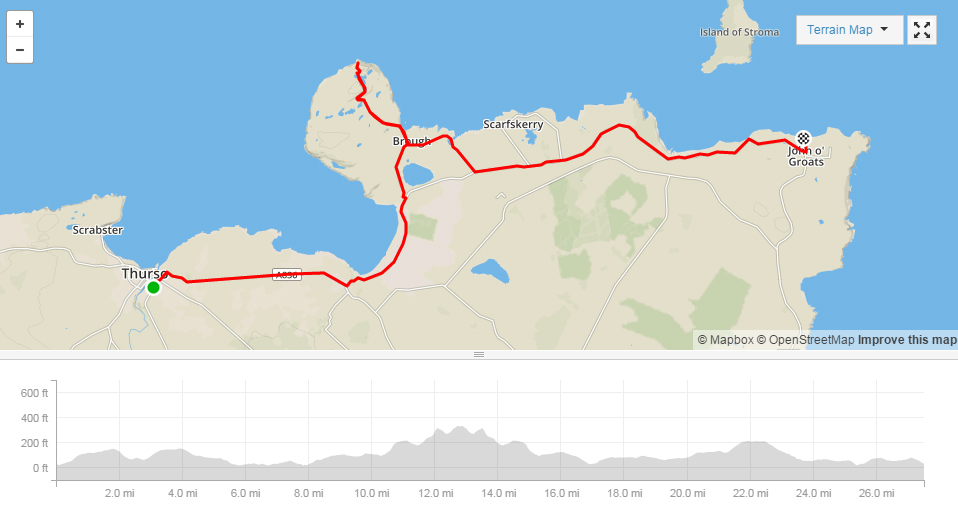 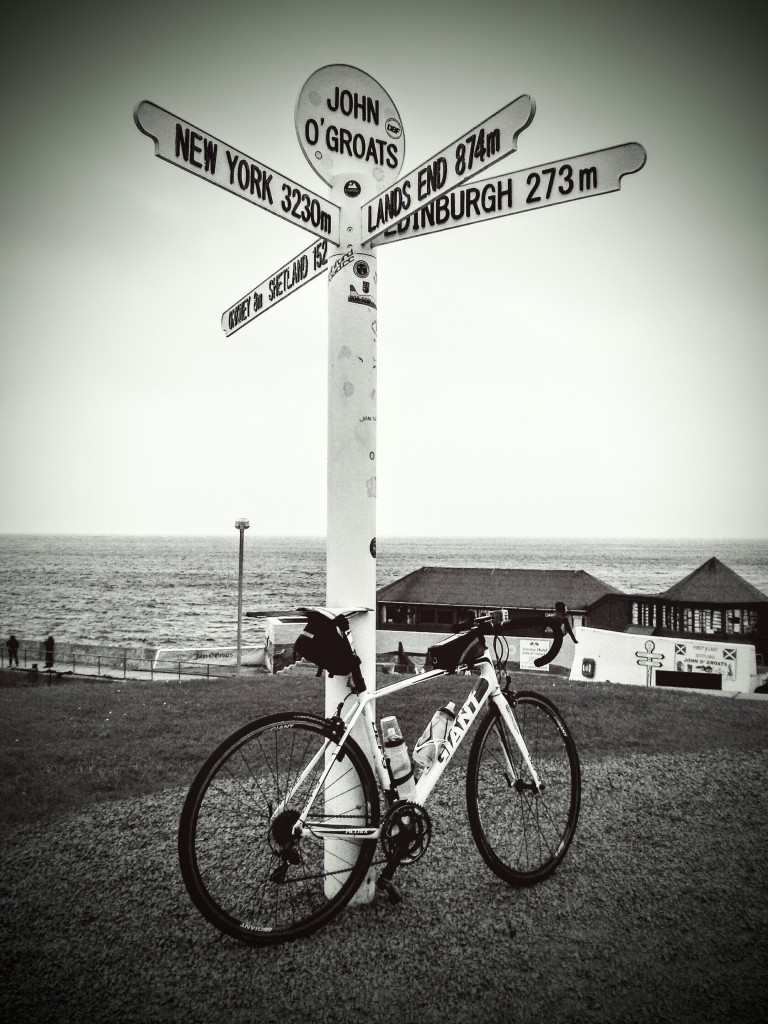